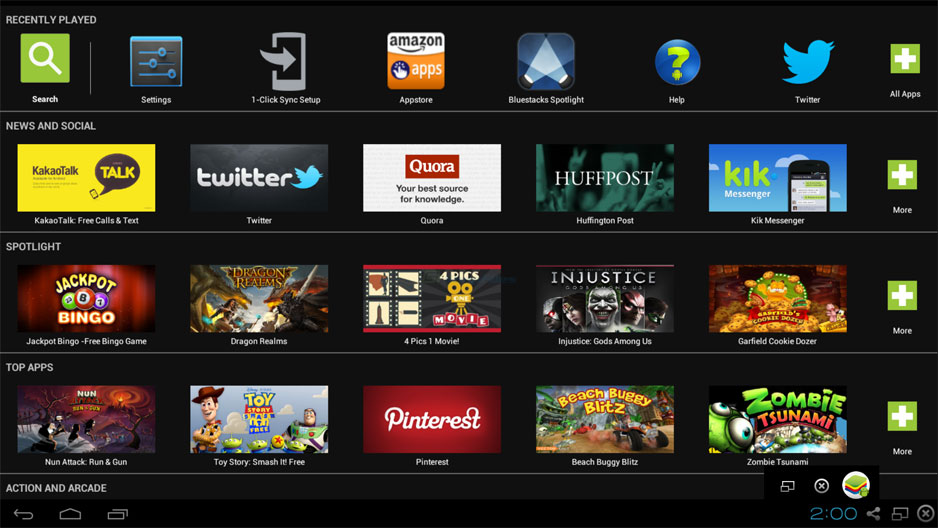 The mobile gaming market has grown over the years as titles like Clash of Clans became popular. While many people enjoy these games, Android smartphones and tablets are not ideal gaming platforms. They are often limited by poor battery life and cumbersome control schemes. Fortunately, these problems can be corrected by playing Android games on a PC with the BlueStacks emulator.

This app player was developed in 2011, and it is now one of the most versatile emulators on the market. It is compatible with Windows and Mac operating systems. This product provides high-quality Android emulation, but it also offers smooth playback and graphics optimization. The Android emulator’s features are also easy to use. It was designed for people who do not have technical emulation experience.

Over 140 million users have obtained the emulation software through a BlueStacks download. They enjoy a wide range of features that make mobile gaming an enjoyable experience. Here are some of the best features offered by the Android emulator.

After users install the software on their PC through a BlueStacks download, the application is ready to use. The emulator is a virtual machine for the Android operating system, so users can treat the application like it is a smartphone. To download apps and games, visit the Google Play Store. Users can login to their Google accounts to gain access to previously purchased apps, or they can create a new account. All of the apps that are compatible with Android devices are compatible with the emulator. With access to the Google Play Store, users do not need to side-load ROM and APK files into the emulator. Final Fantasy Brave Exvius and Candycrush are some of the popular titles that people enjoy on this desktop application.

With a traditional Android device, users are limited to using one application. This is because of screen-size and processing power limitations. With a computer, these limitations are no longer a problem. On a Mac or PC, users can simultaneously play multiple instances of applications. This gives users the ability to test quickly test numerous games. This feature is akin to having multiple tabs in a browser.

Many people appreciate this app’s customization capabilities. Users of the emulation can easily edit the controls and functions of the application. For example, to eliminate sound from the app without muting the computer, users can control the volume settings. The screen resolution of the emulator’s interface may also be edited via the settings menu.

Some games were not ideal on past emulators because they require motion controls. To emulate the motion sensors on smartphones, the interface has a ‘shake’ button. This can be used to simulate some motion controls.

Mobile games are notorious for having poor control schemes. From awkward directional controls to strange button placements, mobile gaming suffers from poor design. The game developers are often not responsible for these errors. Instead, the limited space of the touchscreen interface is often the cause of design errors. To correct this matter, the developers of BlueStacks have included a keyboard mapping feature. Users have the freedom to assign a control scheme for every application. When mapped correctly, the keyboard controls can make mobile gaming feel as natural as PC gaming.

Videos of gameplay are among some of the most popular kinds of content on YouTube and Twitch. Mobile gaming is underrepresented on these sites. To make streaming mobile gaming content an easy process, the emulator includes a feature known as BlueStacks-TV. BlueStacks-TV allows users to view and record gaming streams. This is a basic feature of the application, and users do not need to purchase additional recording equipment. However, users may benefit from a new microphone if they plan to record commentated gaming streams.

Experienced users of emulators may use the application to create a macro for their favorite game. Macros allow gamers to automate repetitive processes in a game. For example, some games require players to repeat the same tasks to gain experience.

This emulator is a trusted tool for mobile gamers and developers. The software receives regular updates, so it can only improve with time.

BlueStacks lets you play all of your favorite Android games without having to turn your attention away from your PC to do it.

BlueStacks is optimized for use with a mouse and keyboard, so you don't have to worry about any sort of incompatibility with touch-screen applications.

BlueStacks allows you to use messaging apps to contact friends, family, and coworkers on their phones from your own PC with ease.