AppQuest is not associated with GIMP. This download is powered by an ad-supported download manager that provides a safe, fast and free download of GIMP. During installation the download manager may offer you optional offers like software, browser extensions and updates to your browsers search engine, home page and new tab page. You can download GIMP directly from the Manufacturer's website. Learn more about the download manager. Review the uninstall instructions. 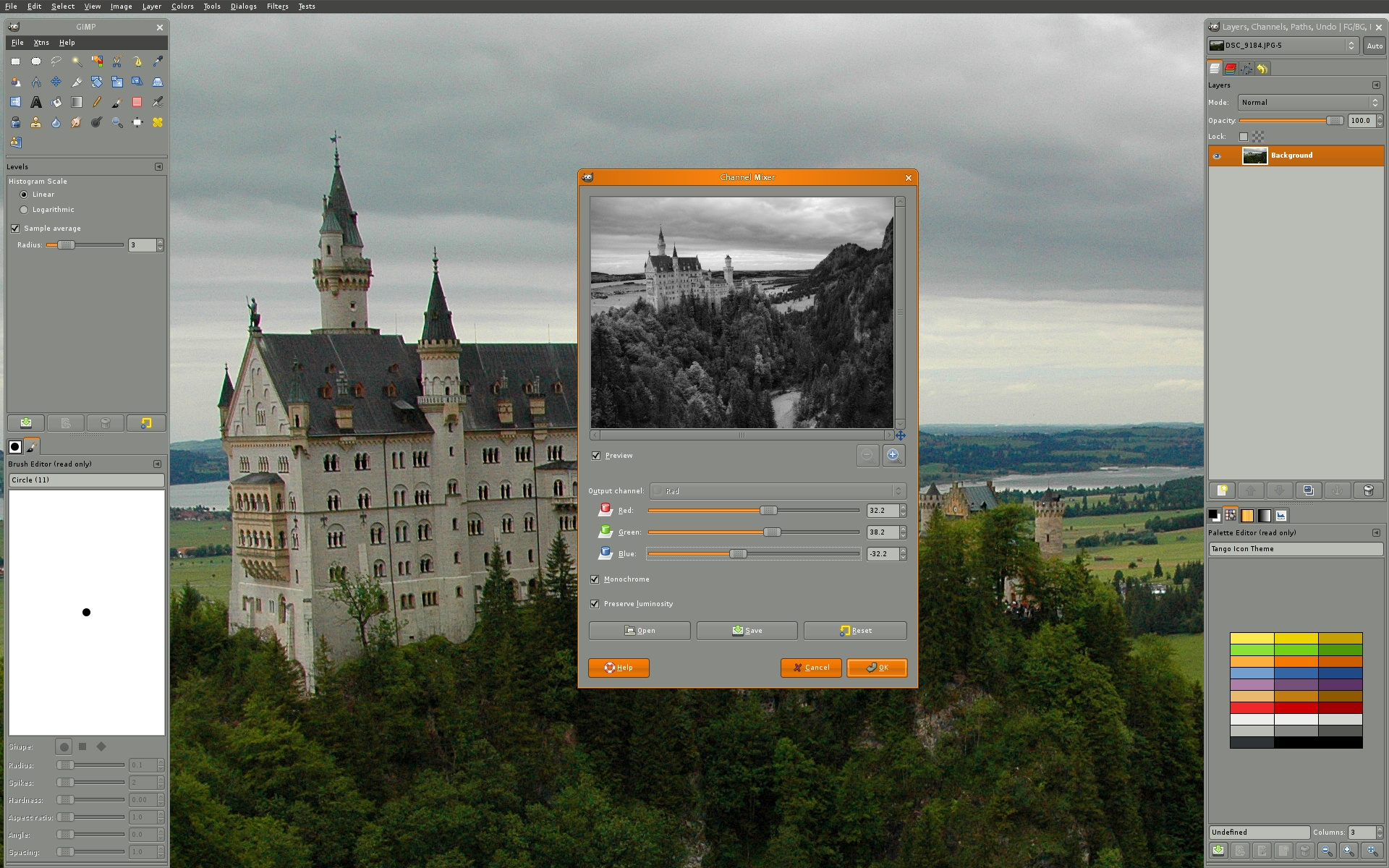 GIMP is a powerful program that allows users to edit photographs and create graphics. Also known as the GNU Image Manipulation Program, this program is a free photo editor that offers professional-grade features. Unlike Photoshop and other licensed programs, GIMP is easy to access. It is available via a free download from its distributor’s official site.

This free photo editor has many professional applications. It is a common tool in the kits of photographers and graphic designers. Since the program is a versatile product, it is used across many industries. The developers advertise that it is useful for a wide range of people, including businessmen and scientists. The GNU Image Manipulation Program can be used on nearly any modern computer. It is compatible with multiple platforms. The Linux, Mac, Windows, Solaris, and BSD operating systems support the program.

While the software has gained popularity in recent years, it is not a new tool for many professionals. The program was released by the GIMP-Development Team in 1996. The product’s two creators originally created the software for their personal projects, but they published it for public use when they realized other people could benefit from a high-quality editing program. The product has received mostly positive reviews since its public release.

The program is updated on a regular basis. It offers many features that allow users to handle editing jobs of any size. Here are some of the most useful aspects of the program.

The user interface of the GNU Image Manipulation Program is viewed in windowed mode or single-screen mode. In the windowed mode, users can easily edit images while referring to web content and other programs. Alternatively, users can edit images in a single screen by turning on full-screen mode. This is an ideal setting for people with high-definition monitors. With this setting, users can see all the important details of a project.

In both modes, the toolbar is located on the left edge of the user interface. From this toolbar, users can access all the standard features of an editing program. Some of these features are airbrush, pencil, paint brush, and eraser.

Advanced users of photo-editing programs can use the software to create scripts. By scripting, users can automate some of the repetitive features of the program. All of the standard processes can be scripted with a relevant programming language. Python is one of the most useful languages for people who need to automate their editing projects. Scripting saves time for users, so the program can be a valuable asset for people who need to perform batch edits.

With the recent release of version 2.8.22, the program received several updates. The most critical update was a security upgrade. The software is no longer vulnerable to a denial of service crash. Stability fixes were also implemented to prevent large PDF files from crashing. Upgrades have been added to avoid wrong layer group structures.

This editing program will continue to improve as new versions are released. It can be accessed via a free download.

For features that are not included with the basic software, users can install plug-ins. Numerous third-party extensions are supported by the program. Animation packages and advanced editing tools are among the most popular extensions for this product. Alternatively, skilled programmers can create additional features for the program by editing the source code.

With the software, users do not need to worry about running out of color options for their projects. This product has a color canvas with every option from the spectrum. By using the eyedropper tool, users can manually select the color that they need for their projects. If users know the numerical code associated with the color that they would like to use, they may type the code to retrieve the color. Designers who are familiar with web languages may prefer to use the HTML color selection method. In addition to colors, the program may be used to select patterns and gradients.

AppQuest is not associated with GIMP. This download is powered by an ad-supported download manager that provides a safe, fast and free download of GIMP. During installation the download manager may offer you optional offers like software, browser extensions and updates to your browsers search engine, home page and new tab page. You can download GIMP directly from the Manufacturer's website. Learn more about the download manager. Review the uninstall instructions.